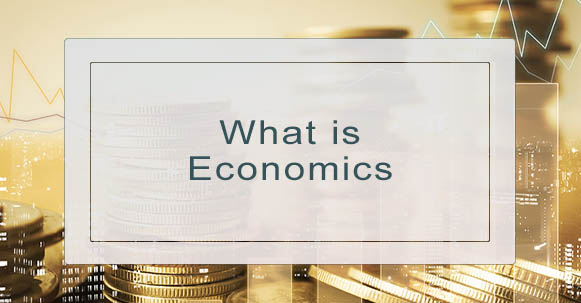 Economics, a discipline and set of methodologies within the social sciences, can be described in a multitude of ways. The field focuses on the distribution, consumption, and production of wealth; one can also say that economists study human behavior and choice regarding buying and selling.

Economists use key concepts such as the law of supply and demand to predict how humans will interact with resources and, through these interactions, with one another. Such resources include money and capital, as expected, but also time, knowledge, property, and more. That there are so many resources in interaction within the market makes economics an exceedingly complex topic. The field is frequently broken down by the scale of study into the main categories of microeconomics and macroeconomics.

Contents show
Microeconomics
Macroeconomics
What do Economists do?
Why does Economics matter?
Similar Posts:

As the name would suggest, microeconomics is a sub-discipline that focuses on economic dynamics as they exist among consumers (individuals or smaller groups) as well as specific firms. It analyzes the way these actors make decisions, why they make them, and what conditions those decisions produce. For instance, economists in this area might ask, “What effect does a particular regulation have on a specific market?”

Macroeconomics is naturally much bigger than microeconomics. It similarly looks at how actors make decisions but focuses on much larger actors and the ways that economies behave on larger scales. In practice, this involves a focus on the economies of states (e.g. Germany) and regions (e.g. the European Union). The resources of land, labor, and capital are central to macro-economics. Macroeconomists ask questions like, “What larger forces produce economic downturns and financial crises?”

What do Economists do?

Economists may work in academia, government, or business. Their activities include research and data collection, development of mathematical models, observation of significant economic trends, applying economic theories to real-world issues, and more.

Some economists focus more narrowly on topics within the larger field, such as inflation. Economists may apply their expertise to the concerns of business, nonprofits, government agencies, labor unions, and more. Naturally, economists are often key advisors on the development of new economic policy.

Additionally, those economists who work primarily in academia are likely to spend time teaching as well as researching and publishing papers on their findings and analyses.

Learn more about what you can do with an Economics degree.

Why does Economics matter?

The field has produced many key ideas that have shaped the course of history, the structure of our societies and the state of our modern world. Important ideas arising from the discipline of economics include: