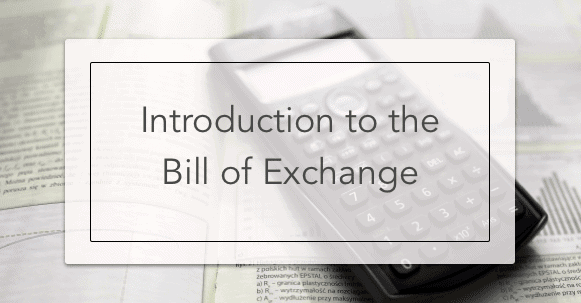 Thus, a negotiable instrument is a document guaranteeing the payment of a specific amount of money, either on demand or at a set time.

A draft is the signed order of the drawer, given to a drawee who in possession of money to which the drawer is entitled, to pay a sum of money to a third party, the payee, on demand or at a definite time. A check is an example of a draft, which is drawn on a bank and payable on demand. The three parties include the drawer, the drawee bank, and the payee.

What are the Requirements of a Bill of Exchange?

A bill of exchange should be: