The Theory of Contestable Markets states that when barriers to entry into a market are weak or low or in some cases non-existent, and assuming that all entrants have equal access to technology, there is a constant threat of potential entry. This continuous risk increases competition in the market since there is virtually no cost to enter or exit the market.

This means that even a monopoly may be forced to act as there were many more sellers to remain competitive if barriers to entry remain weak. They realize that if they are too profitable, an entrant can quickly come in and take a significant share of that profit quickly. Typically, in a Monopoly Market Structure, there is only one firm prevailing in a particular industry. For example, Low-cost airlines or courier services.

William Baumol contributed to The Theory of Contestable Markets. It is said that he was a candidate for the Nobel Prize in Economics.

Implications of the Theory of Contestable Markets

The result is that in a market with very few firms or even just a monopoly, the market is very competitive because of the looming threat of an entrant.

Profits in a Contestable Market

A monopolist with looming entrants will reduce their price from P1 to P2. Supernormal profits will become normal profits at point B. 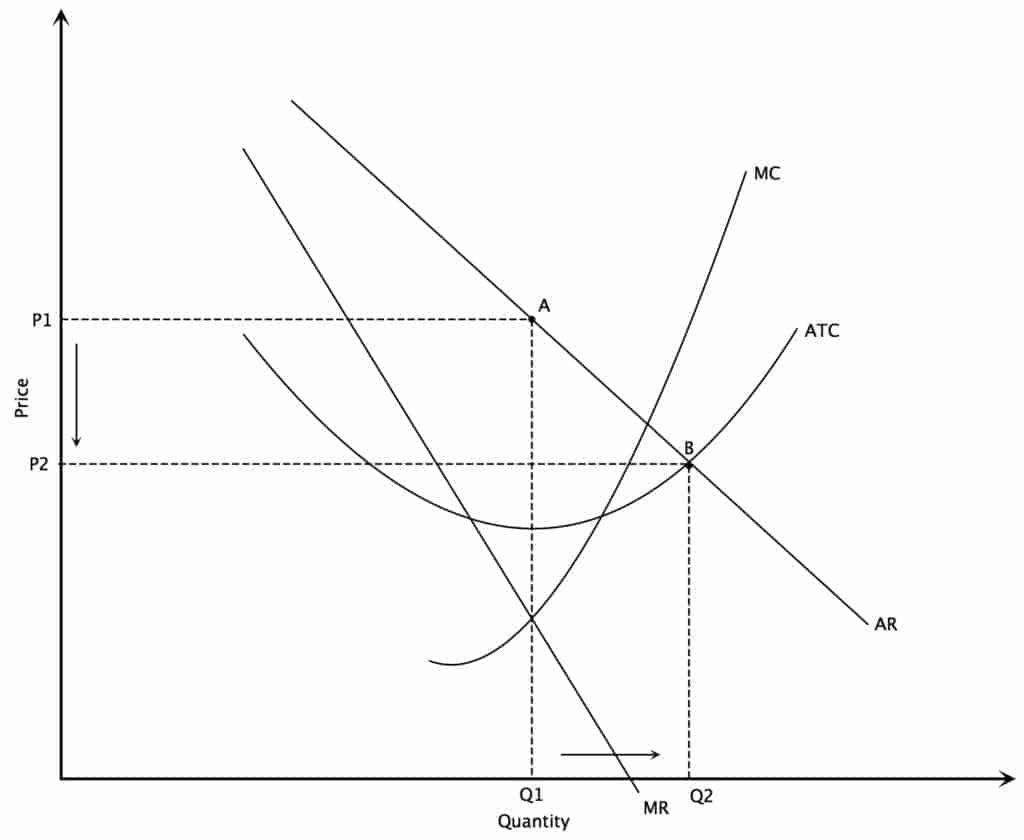 Characteristics of a Contestable Market

In a contestable market:

A Complete Guide to The New Google URL Builder