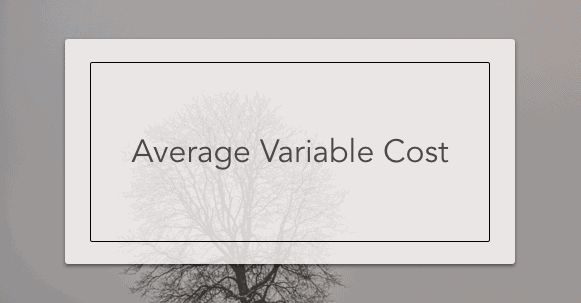 Use of Average Variable Cost for Firms

How to Calculate Average Variable Cost

Additionally, for any firm, the short-term total costs (TC) can be classified as either fixed costs (FC) or variable costs (VC). This is represented by this formula:

In order to understand this in terms of the cost per unit, divide each side by the output (Q):

This means that the average variable cost in the short-run is equal to the average fixed cost (AFC) subtracted from the average total cost (ATC).

By plotting a firm’s average variable cost function, you can arrive at a cost curve that looks like this (for example):

The average variable cost curve is U-shaped (meaning it declines at first but then rises). The marginal product ends up increasing eventually because an input (most often capital) is fixed in the short run, and along with a fixed input, the law of diminishing returns determines the marginal product of factors like labor.