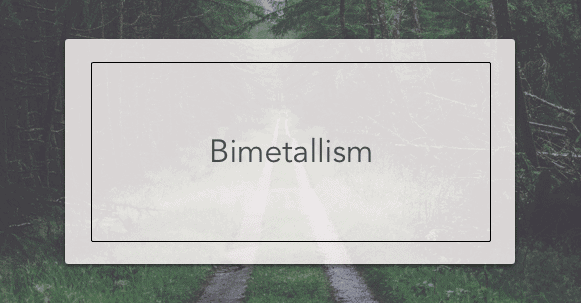 The combination of these conditions distinguishes bimetallism from a limping standard, where both gold and silver are legal tenders but only one is freely coined. For example, this system was prevalent in France, Germany, or the United States after 1873). Or trade money where both metals are freely coined but only one is legal tender, and the other is trade money. For example, most of the coinage of Western Europe from the 1200s to the 1700s was trade money.

Bimetallism was intended to increase the supply of money, stabilize prices, and facilitate setting exchange rates. Some have argued that bimetallism was, by construction, unstable. Changes in gold-silver exchange were, in their eyes, leading to massive changes in the money supply. It was thus inherently flawed, and the advent of the gold standard was inevitable.