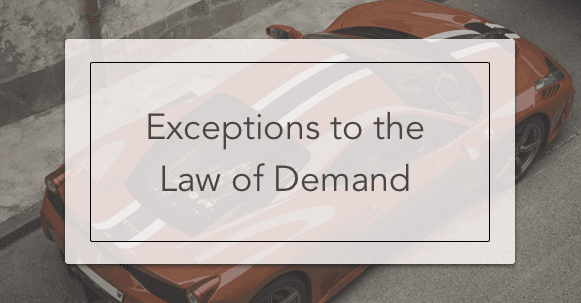 Sir Robert Giffen observed that when the price of bread increased, the low-paid British workers in the early 19th century purchased more bread and not less of it. This phenomenon is a direct contradiction to the Law of Demand.

The reason given for this is that these British workers consumed a diet of mostly bread and when the price of bread went up they were compelled to spend more on a fixed quantity of bread. Therefore, they could not afford to purchase as much meat as before. They substituted bread for meat to maintain their intake of food and calories.

A Giffen good is considered to be a strongly inferior good. There are very few examples of Giffen goods mostly because it is difficult to prove that they exist. It’s when consumers consume more of an inferior good when the price of the good rises, which is in direct violation of the Law of Demand.

For example, for staple foods like rice, when the price of rice rises, people with lower incomes will spend less on other superior foods and instead buy more rice.

The other exception to the Law of Demand is associated with the name of the economist, Thorstein Veblen who propounded the doctrine of conspicuous consumption. Veblen suggested that some people viewed higher utility in higher priced goods.

Veblen goods are generally more visible in society than Giffen goods. For example, economists often view diamonds as a Veblen good because of the higher prestige value of a diamond; the higher is the desirability. Some people will also buy fewer diamonds when the price falls.

They are goods that people buy more of when or if the price increases. These goods tend to be status symbols and displays of wealth. For example, Rolls Royce cars and Patek Phillipe watches can be considered to be Veblen goods.

2 thoughts on “Exceptions to the Law of Demand”