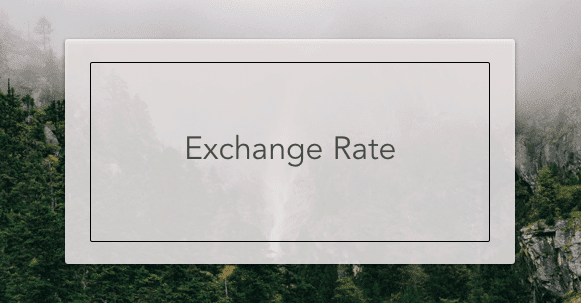 The exchange rate of a currency is the price a currency expressed in terms of another currency. For example, $1 is worth €0.82 (07/15/12). The foreign exchange market is a market where people exchange currencies for other currencies. In this market, all buyers are also sellers since they are buying in one currency and selling another.

In a fixed exchange rate, a currency is pegged at a certain value to another currency, or a basket of other currencies or to the value of a commodity like gold. The rate between the currency and its peg does not change based on market conditions.

A managed exchange rate is one in which a currency is left to float within a lower and upper levels, in which the central bank can intervene to “decide” the value of the currency. Here, there is a lot more intervention than in a flexible rate.

A currency appreciates if it’s price increases or increases in value in a floating exchange rate system. For example, $1.22 is worth €1 now, if it increases to $1.30= €1, then the euro has appreciated, a euro can buy more dollars.

A devaluation is a decrease in the official price of a currency in a fixed exchange rate system. The Chinese Yuan was pegged to the dollar, where $1 = 6.4 Yuan, a devaluation of the Yuan would result in $1 = 8 Yuan. This is usually done to bring the currency value closer to what the value should be.