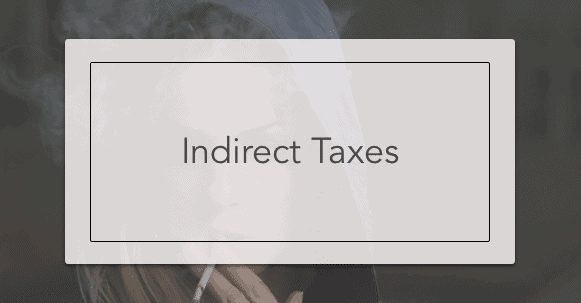 An indirect tax is a tax applied on the manufacture or sale of goods and services. There are two types of indirect taxes – ad valorem tax and specific tax. A specific tax is imposed on each unit, i.e. $0.50 on a pack of cigarettes, while an ad valorem tax (or percentage tax) is a percentage of the price like a sales tax of 10%. For example, cities in California have a sales tax that ranges from 7.25% to 10.50%. Indirect taxes discourage the consumption of goods and services and are represented by a decrease in supply.