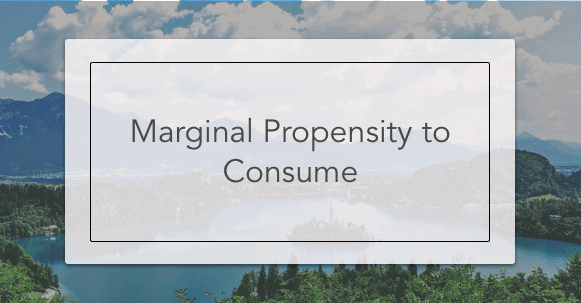 We can also plug in the Marginal Propensity to Consume formula to come to the same answer.

This also means that at the lower income levels, individuals have to use up most of their income to purchase the same amount of goods while high-income individuals can save more since they have most of the goods they need.

If consumer confidence in the economy is high, then people are likely to spend. If people are pessimistic (e.g., expect unemployment/recession), then they will tend to delay spending decisions. This will lower the MPC.

2 thoughts on “Marginal Propensity to Consume”