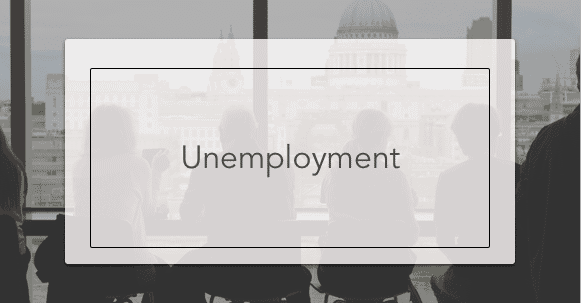 A person is considered to be unemployed if he doesn’t currently doesn’t have a job and is actively searching for one. When we look at the unemployment rate, we consider someone who is actively seeking a job. Otherwise, we do not count them in the labor force.

The Bureau of Labor Statistics classifies actively seeking as someone who has “actively looked for work in the prior four weeks, and is currently available for work.” They’ve also included some examples of such activities like submitting resumes or filling out applications, placing or answering job advertisements or even contacting friends or relatives for a job.

People who do part-time work, temporary work or full-time work for pay are classified as being employed. People who do not have a job or aren’t looking for one, are not counted in the labor force.

The Total Labor Force is the sum of employed and unemployed individuals.

To calculate the unemployment rate, we first calculate the total labor force. From our example, we can derive that the sum of the employed and unemployed is 3,000. This amount is the town’s entire labor force.

This type is dependent on seasons, such as hiring extra people during the holiday season when more people are required. Seasonal unemployment is completely unavoidable, however, firms could retain workers beyond that time period.

For example, Amazon and other large retailers hire tens of thousands of temporary workers during the holiday season to help with the peak shopping period. There is no real solution to fixing seasonal employment, but governments could incentivize companies to retain a more significant number of employees during non-peak seasons.

Frictional unemployment refers to people who are in between jobs. These people are switching jobs (in between jobs) or are looking for new ones. This type of unemployment is considered to be voluntary, but impossible to eliminate.

This type, while temporary, is also caused by failing firms, poor job performance, or obsolete skills. For example, when a company goes bankrupt or has a massive layoff, then those employees who are let go, fall under frictional unemployment.

Governments can minimize frictional unemployment by making the process in between quitting and getting hired quicker and more efficiently.

This type relies on the business cycle. Cyclical unemployment typically occurs when people lose their job during a downturn or a fall in Aggregate Demand. This increase in unemployment happens because there is a lack of demand to keep employing the same number of people. There isn’t enough demand to justify that level of productivity.

This is a long-term type of unemployment that occurs because of advancements in technologies. Globalization is a significant cause of structural unemployment in many countries. For example: Because of technological advancements like email, people send fewer letters every year, so the post office has to fire more people.

Another example could be the use of robots in industrialized manufacturing which require fewer unskilled laborers. Instead, there is a higher demand for skilled workers, and thus there is a mismatch between what the previous employees could do and what they are supposed to do.

To fight structural unemployment, the government can introduce programs to train people for upcoming industries, create pension plans that take better care of people after they retire, provide subsidies or make the firing process more expensive. Retraining and educating existing workers to be better prepared for future jobs is the best way to tackle structural unemployment.

Individuals and families lose a source of income. Those who are unemployed may find it harder to find jobs in the future. There is a fall in the standard of living as employment falls in an economy. This results in more people buying inferior goods because they have lower incomes than before.

A decrease in employment leads to a loss of output as fewer people will be able to produce goods and services. The economy will produce below or within its production possibility frontier. The country and the economist is not running at full capacity.

The government collects lower tax revenues as fewer people are working and earning a taxable income. Indirect tax revenues such as through sales taxes are also lower because their consumer confidence is low and people are buying fewer products.

Firms face lower wage costs as the size and availability of the labor force increase. More people are willing to get jobs at lower rates.