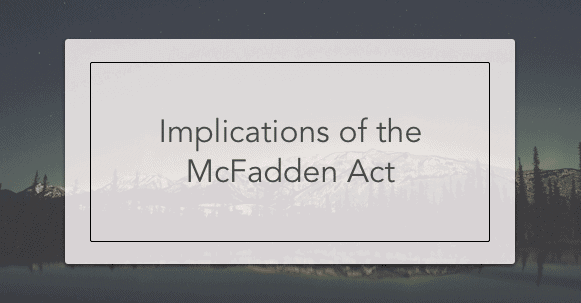 The McFadden Act (1927 – 1994) was appealed by the Riegle-Neal Interstate Banking and Branching Efficiency Act. The Act made national banks competitive against state-chartered banks by letting national banks add more branches to the extent permitted by state law.

The McFadden Act specifically prohibited interstate branching by allowing each national bank to branch only within the state in which it is located.

Implications of The McFadden Act

The reasons were mostly political because local banks pushed for laws protecting them from competition from the larger banks.

There was public hostility towards the large banks.