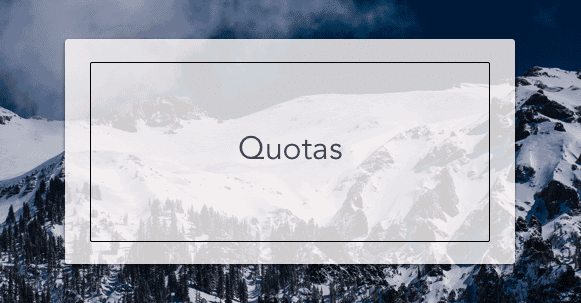 A quota, which is a type of trade barrier, is a restriction on the quantity that can be imported into a country. Quotas and Tariffs are effectively the same except that governments collect revenue from tariffs while exporting firms can collect extra revenue from quotas (as seen below in box 3). A quota increases the firm’s export revenues.

Effects of A Quota

Some countries apply quotas to protect local industries from dumping. Dumping occurs when producers in foreign countries have unfair advantages to lower costs, such as subsidies or controversial labor laws allowing them to produce at a much lower cost. This means they can sell their products in a foreign market at a lower price than the actual cost of production.

To combat a quota and high price, sometimes a black market is created where smugglers illegally import the goods to circumvent the quota. This could diminish the effectiveness of the quota.

The goal of a quota is to reduce imports and protect domestic production a good from competition abroad. As demand for the foreign good is artificially lowered, domestic consumers are forced to increase consumption of the domestically produced product.

At world price P1, the quantity demanded locally is Q2, while Q1 represents the quantity supplied by local firms. This can be seen at the intersection of World Supply curve and the domestic demand and supply curves. So quantity imported = Q2 – Q1 or the line Q1Q2.

If the government decides to impose a quota, i.e., limit the quantity a foreign firm can supply, then the world supply becomes Domestic Supply + the Quota.

The result is an increase in price from P1 to P2. At P1. There is excess demand in the market (Q1Q2), so the price keeps shifting till it reaches P2, where the market is at equilibrium.

At P2, local firms supply Q3, and the local demand is Q4. The rest is imported, which is equal to the Quota that was earlier imposed by the government. Quotas increase the price, decrease consumption but increase local production.